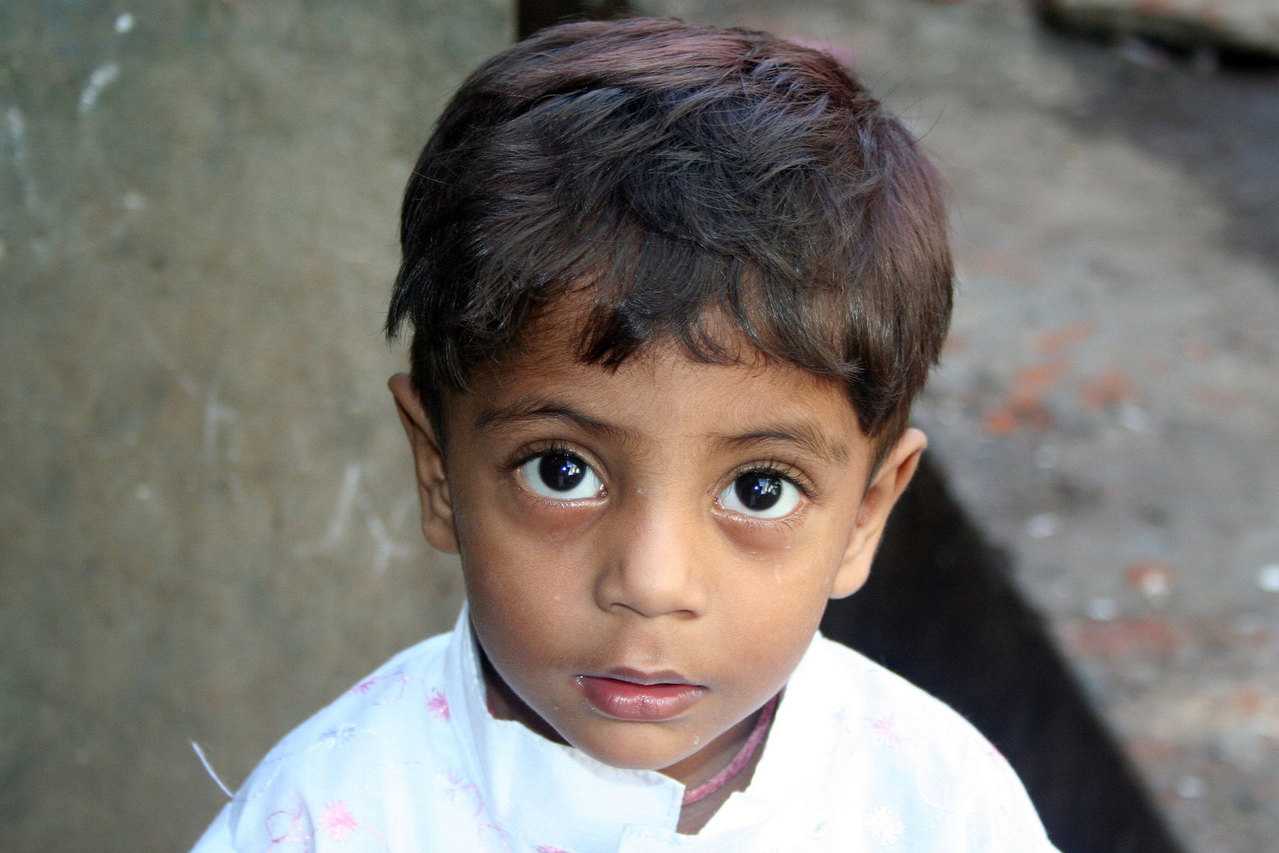 Due to the increased population, there is shortage of resources and poor infrastructure. This factors give way to suffering and hardships. In this case, mothers and children are the ones who suffer more.

There are social classes where the rich live in luxury while the poor have no one to help them. They have to struggle to keep cater for their needs. The government is also not able to sustain all her people. When a solution is not arriving soon, many more people will be affected.

Children in India are most affected and some prefer working to sustain their parents instead of going to school. In most towns, garbage is everywhere, children find it hard walking distances to school or for work. The conditions are very unbearable.

The sewer lines are open and smelly. Some factories/industries have poor waste management thus disperse their waste in water bodies, sewer lines or on the street. People ignore the dirt and at times children are used in taking out the garbage from the streets as labor. This also causes pollution which causes diseases such as asthma or even cancer in extreme.

In slum areas, it is impossible for one to walk without stepping into animal or human waste. There are no enough toilets and latrines in the area for the large slum dwellers. Animals walk all over due to lack of grazing lands dirtying the area.

Before getting out of the house, there is stench smells from the sewage which flow along the foundations of the building. Through that, there can be outbreaks of diseases such as typhoid and many more. People live in fear but they do not have other means of survival.

How does fatigue come in?

Most of the children in India (1 of 11) engage in child labor. This is mostly inspired by poverty, lack of basic needs or the desire to help their parents in catering for the family.

Children are suppressed to hard labor which leaves them fatigued and tired. After a day’s work, they come home, sleep late and leave very early this makes them lose a chance to education.

Sometimes, these children suffer a lot. Besides the normal labor they do, they pass through the hands of their employers who punish them when resting or talking to other children. Going back home, your body is bruised, aching and worn out. However, because of their family’s issues, they will still hope for a better tomorrow by going back to work.

Where does hard work come in?

Children are exposed to hard labor and allot of pressure. From a tender age of 4, they are exposed to labor and they grow up knowing how to work hard to provide for their family. This usually affects their development both physically and mentally.

Hard work is not a bad issue. However, for this children, instead of working hard in school to obtain an education is not very important such as work.

Fortunately, there are some children who work hard both at work and school. They work overnight to raise their school fees for their studies while they attend school during the day. Once they complete school, they continue with hard labor to search for college fees too. There are a number who have passed themselves through school because of the labor from a very tender age.

The Indian Government need to react to this situation fast. There are various ways to make their cities clean without spending much. From the large population, they can hire among them to clean the town and collect garbage and take it to a selected area. Additionally, they can use state prisoners to clean the cities twice or thrice a weak under supervision and cleanliness will be experienced all over.

As there are laws governing child labor, the rules should be reinforced. This is because, there are the rich people who exploit poor children, exposing them to hard labor, poor working conditions, underpayment or no payment at all.

Education should be made free and accessible to all. This will help reduce child labor as many children will attend school. The area chief should work in coordination with police to ensure every parent take their children to school and if not, they should be punished. This will motivate them and see the need and importance of education.